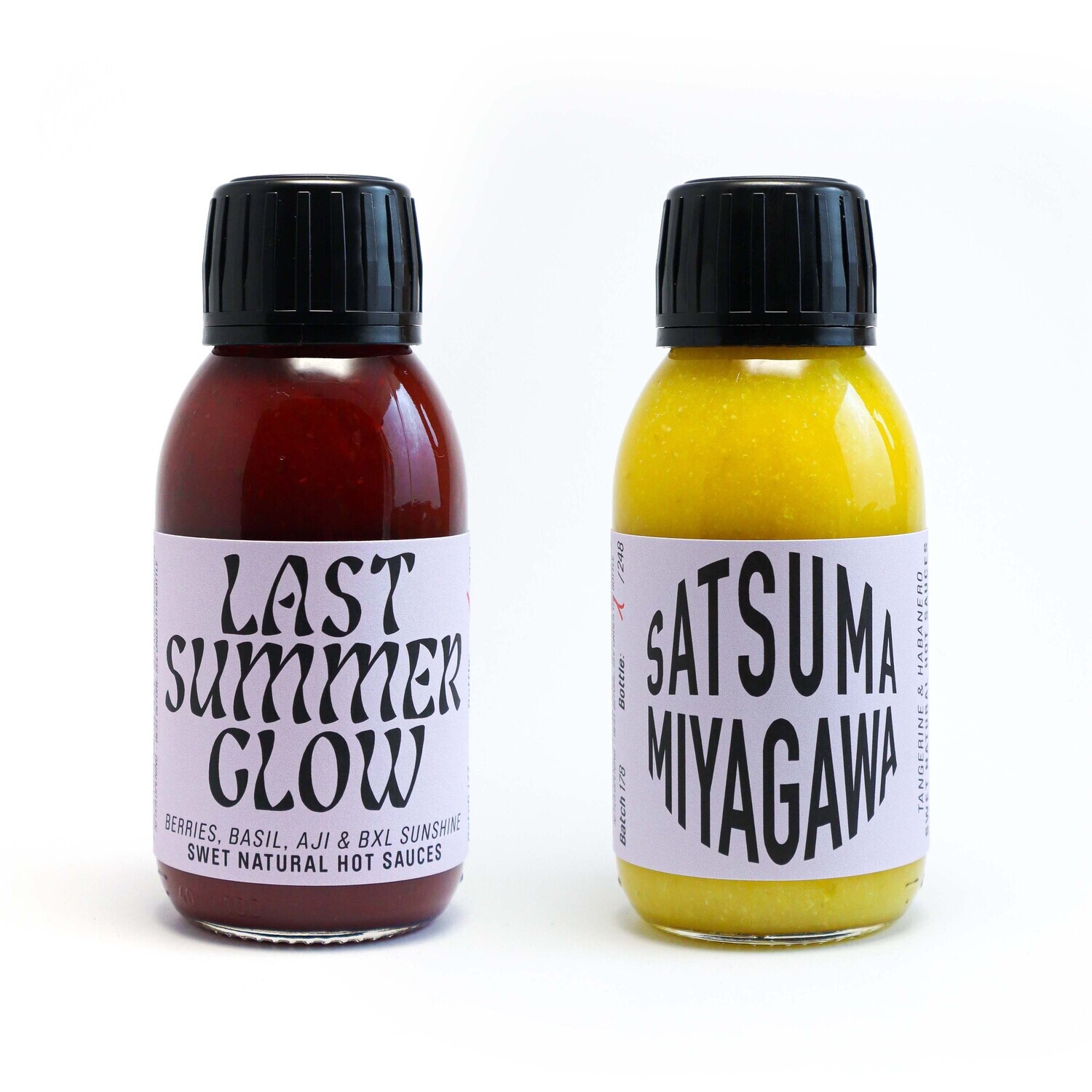 Made with red fruits, mainly raspberries, fresh basil and aji amarillo peppers. Everything was grown on the rooftops of Brussels during the summer.

With no added sugar, it is a fairly acidic sauce with a strong aroma of fresh fruit followed closely by a subtle note of basil. The aji amarillo peppers give it a nice heat, which never overpowers the rest.

A killer with fish, in a salad or with boiled vegetables.

A tribute to the world's earliest and sexiest variety of mandarin orange, a Japanese variety with green skin and intense aroma, grown organically in Sicily. Prepared with 75% madarines, yellow habanero from Brussels and a little pear. Its aroma is ultra intense, extreme. It is a sauce strong enough at all levels, which remains long in the mouth.

A killer mixed in fresh cheese to prepare makis, or pure on a goat cheese, raw fish or poultry.

Save this product for later
Display prices in: EUR